Skip to content
Home > Opioid Addiction > How To Treat Addiction To Antidepressants?
Published October 19, 2021 by admin

How To Treat Addiction To Antidepressants?

Antidepressants are commonly prescribed medications for those suffering from depression. They come in many forms, such as:

Most doctors do not consider antidepressants as addictive. They do not have the characteristics of many other addictive substances, such as producing drug cravings and drug-seeking behavior. Most importantly, antidepressants do not give euphoric sensations, which are what most drug users seek.

However, it is possible to become dependent on antidepressants. If you have become so used to the drugs’ effects, you may no longer be able to cope with depression without them. You may also experience what’s known as antidepressant discontinuation syndrome.

If you have become dependent on antidepressants, or you’re concerned that you might be, don’t worry. This condition can be treated.

What is antidepressant discontinuation syndrome?

When the time comes, stopping antidepressant use can be quite challenging. If you just stop taking it outright, you may experience things like:

This is a result of your body adjusting to the sudden absence of antidepressants. It has become so used to the drugs that if you stop taking them abruptly, your body gets “shocked,” producing the symptoms above.

Although these symptoms are not life-threatening, they can still become particularly uncomfortable. Because of that, you may be “forced” to take antidepressants again just to feel relief from these symptoms.

Children and young adults (24 and below) who take antidepressants may be at risk of developing suicidal tendencies. Studies have proven this side effect, and many antidepressants have warnings on their labels about this.

If antidepressants are not addictive, what’s the danger? 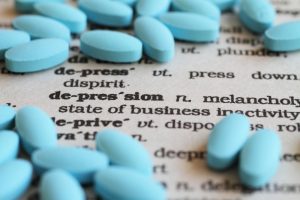 People with depression are more likely to abuse substances than those without the condition. This is true even for those who are on antidepressant medications. They may feel that the medications are not working quickly enough or strongly enough, so they resort to other substances like alcohol or illegal drugs like heroin. The desperation to get relief from depression can drive them to try these addictive substances.

If you are suffering from depression, you are similarly exposed to this risk. Now, it doesn’t mean you will automatically become addicted to drugs or alcohol, but if you’re not careful, you could be. And once you do, you will have two things to deal with — depression and substance use disorder.

When you have both of these together, they are known as co-occurring disorders. For the best recovery outcome, both conditions must be treated together. If only one of them is addressed, you may relapse into either depression or substance abuse.

How can I avoid antidepressant discontinuation syndrome?

To avoid this, do not attempt to stop taking antidepressants on your own. It’s easy to quit “cold turkey” once you think you’re feeling better. But this is not a good idea. It will only lead to discontinuation syndrome.

When you’re about to stop taking antidepressants, avoid doing it on your own. Work with your doctor so he can give you instructions on how best to get off the drugs. Often, he would recommend tapering off your dosage over time. This could be as short as a few days or as long as several weeks, depending on the kind of antidepressant you are on.

Sometimes, your doctor may advise you to take additional medications to help ease the discontinuation symptoms. He may also switch you to a different antidepressant to help with the transition.

What happens if I have co-occurring disorders? 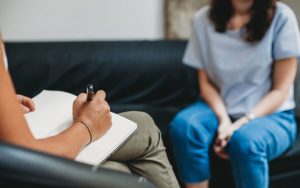 Look for mental health professionals who are trained in dual diagnosis. That means they can ascertain both conditions you have at once. After an assessment, they will refer you to a rehab center equipped to handle dual diagnosis cases.

In many cases of co-occurring disorders, enrolling in an inpatient rehab program is the best option. Here, you will be going through different treatments like detox, behavioral therapies, and support groups. You’ll also get to participate in various recreational activities like sports and art.

Inpatient rehab involves living inside a rehab facility for the entire duration of the program. This can last anywhere from one to three months. It may be long, but the results are worth the time spent in rehab.

The biggest advantage of inpatient rehab is you have access to 24/7 medical and psychological care. Anytime you have a problem or an emergency, you can get help right away. This helps a lot in your journey of recovery.

In inpatient rehab, you will be trained to develop a healthy daily routine. Schedules are tightly controlled, so you’ll get used to sleeping at the same time each night and waking up at the same time each day. Breakfast, lunch, and dinner times are also consistent. There are regularly scheduled activities throughout the day, including therapy sessions, group interactions, and recreational activities. All of these allow you to build healthy habits, improving your mental health and encouraging a life free of addictive behaviors.

Additionally, you will learn better coping skills for depression in rehab. For instance, cognitive behavioral therapy trains you to manage depressive episodes without the need for antidepressants. After the therapy, the skills you’ve gained will stay with you for life, so you can still use them later on.

After your inpatient rehab program is over, it would help to have continuing treatment. This is known as aftercare, and it helps you avoid relapsing into either depression or drug abuse. Rehab is not a cure for depression, so you need to keep managing the condition after rehab. With the help of therapists, you can live a full life despite having depression.