Drug addiction is a problem that has affected and ruined so many lives. Being a drug addict does not necessary mean that you are a bad person that has a bad personality. It means that you just need to approach life in different ways, which does not involve using psychoactive substances.

Drugs refer to any substances that change the functionality of your brain, thus cause a certain effect on your body. The majority of these psychoactive substances are illegal, while others’ consumption is allowed for several reasons.

The illegal drugs are such as cocaine, marijuana, heroin and others. However, it is important to note that marijuana is not illegal everywhere. For example, it is important to note that some states in the United States of America allow its consumption due to its medicinal properties. The medical community seems to believe that it is good for cancer and HIV/AIDS patients.

Apparently it relieves their chronic pain and improves their appetite. Regardless of this believes and allowances, the highest percentage of the countries in the world refuse its consumption since its side effects after long-term use as well, also threaten patients’ health further.

Other drugs such as alcohol are allowed and often consumed in social gatherings. Not many countries consider alcohol to be illegal. However, most governments have put some restrictions on its use and production. Contrary to drugs like marijuana, alcohol is allowed in the majority of the nations in the world. 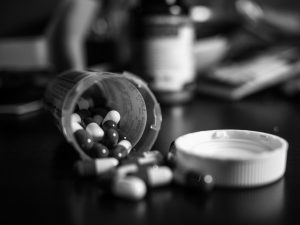 Reasons For Consumption Of Drugs

If you are among the people that have landed in drug addiction, it is highly possible that you began using drugs for recreational purposes. However, have you ever wondered what caused you to desperately need something that will take you out of this world?

Most people hardly realize the cause of their addiction until it is too late. However, if you wish to halt the consumption of drugs, it is very necessary that you learn and discover the reasons for your drug abuse and addiction.

• Stress – It could be that you are ever under constant stress. This makes you want to consume something that will improve our mood by either causing some sort of relaxation or giving you the euphoric effects. You may thus end up high on most occasions, especially after working hours.
• Loss – Similarly, it could be that you lost a loved one and choose to be in denial since acceptance of their demise caused you too much heart ache. In such an occasion, you will begin consuming drugs in small amounts, only for you to continually increase your dosage since your body will tend to build some tolerance.
• Peer pressure – Another reason to consume drugs could be peer pressure. This is often with drugs like alcohol and marijuana. For alcohol, how will you avoid to consume one or two bottles, when all your friends have ordered for some and are having a good time? In school, how will you fit in among your friends and avoid bullies if you constantly,, refuse their offers to some a joint?

The above reasons are some of the issues that cause you to land in a path towards destruction. If you notice them early enough, then you will be in a better position to avoid addiction or complicated withdrawal symptoms that could threaten your life. This does not necessary mean that you are doomed upon realizing them later. You still have a chance to stop drug consumption. 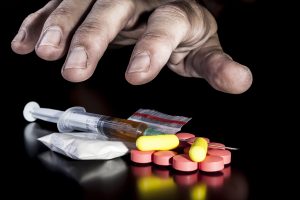 According to medical professionals, these drugs that cause weird side effects on you affect the way your brain works. With time you begin to have body issues since your body also has to react towards the toxic substances that you constantly introduce to your body.

The following are some of the reasons that should motivate you to halt using drugs.

1. Consider The Withdrawal Symptoms
If you consume drugs but is yet to develop an addiction, try considering the withdrawal symptoms that you will suffer from if you do not stop taking these psychoactive substances. You need to consider them because stopping your consumption is quite inevitable; it is just a process that people tend to postpone. The longer you postpone it, the further you drive yourself towards destruction.

If you know that you can end up suffering from these body problems due to drugs, why not take a step back and decide to stop consuming them?

2. Your Health Will Improve
If you are already suffering from such withdrawal symptoms when not under the influence of whatever you are addicted to, then your health is in a bad state. Leave alone these withdrawal symptoms; you are also prone to having other health challenges since drugs are basically poisons that you keep putting in your body.

For example, drugs like heroin are likely to cause pneumonia or tuberculosis since they suppress the working of your lungs. Similarly, smoking marijuana does not go smoothly upon your lungs. It also affects your brain and could cause issues like schizophrenia.

Therefore, imagine how better you will feel if you just decide to stop taking drugs.

3. Reduction Of Death Risks
Your risks of having a premature death are numerous while under the influence of drugs. For example, imagine driving a car while high; you are very likely to cause an accident while could lead to your death, as well as that of others.

In another instance, you could have a fatal overdose and not wake up ever again. Your organs could as well break down, depending on the components of a drug. Such cases are common if you stress your arteries and heart, thus cause a heart attack.

With this in mind, it is recommendable to just focus on your future. You will definitely want to build a family or pursue your dreams as a healthy person. Also, your children will need you as well as you parents as soon as they hit the old age. Care to also consider the pain you could cause others by killing people on the road. 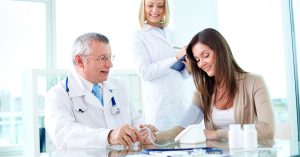 5. More Money
Some drugs that you may get addicted to are quite expensive. For example, cocaine is often associated with the rich people because it is quite expensive. Similarly, constantly spending on drugs will derail your growth. You will tend to prefer buying drugs other than make an important purchase or invest.

With this in mind, consider stopping your consumption of drugs. It does not necessarily mean that you will get rich. However, you will manage your money in better way, thus have more to spend on the very important things in life, like paying school fees for your children.

If your friends influence you to take drugs, get rid of them and look for people who motivate you to do better for yourself. After all, drugs will always affect your relationships and it is not worth loosing important people for others that care less about you.