Skip to content
Home > Alcohol Addiction > How Much Alcohol Is In Whiskey? 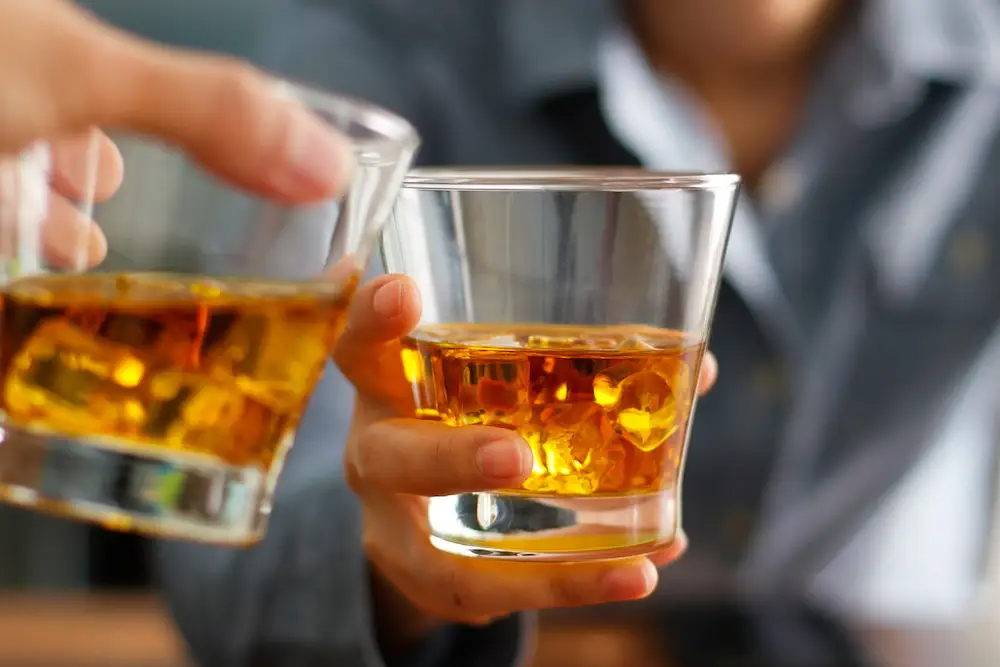 How Much Alcohol Is In Whiskey?

Whiskey is a ubiquitous alcoholic beverage that many people love. It’s a common hard liquor, which means it contains more alcohol than other drinks like beer. With that, whiskey can certainly make you drunk if you take too much of it.

Would you like to know more about how you can drink whiskey and stay safe while you’re at it? Here is some science-backed advice.

How much whiskey can I take before getting drunk? 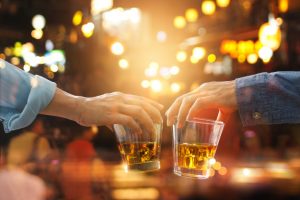 Not everyone has the same tolerance for alcohol. There is no hard and fast rule for an exact amount of whiskey that will make you drunk. Before you can find out the answer, here are some basics.

First of all, whiskey typically has 40% alcohol by volume (ABV). This means if you have a glass with 10 fluid ounces of whiskey, there are 4 fluid ounces of alcohol in that glass.

Based on the Dietary Guidelines for Americans, one drink of whiskey is defined as 1.5 fluid ounces. That’s roughly one shot of the beverage. For most people, intoxication sets in after they’ve consumed between 4 to 5 fluid ounces of whiskey at 40% ABV.

Knowing that, most people may feel tipsy after just 3 shots of vodka. Tolerance varies between people, though. Some get drunk just after their first shot, while others can tolerate more than 3 shots before feeling tipsy.

Why do people have different levels of tolerance to alcohol?

A lot of factors influence alcohol tolerance, including age, sex, weight, and many others. Here is an overview. 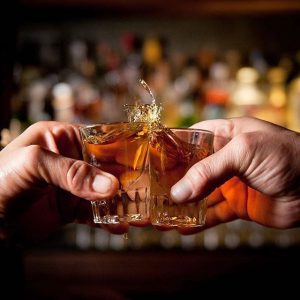 Age: Generally, young people can take more drinks than older folks. Young people’s bodies are still active and more healthy, which allows them to tolerate higher quantities of alcohol. As for older people, they may have underlying conditions (like liver or heart disease) that make them very sensitive to the effects of alcohol.

Sex: men are typically more tolerant to alcohol than women. It’s easier for most women to get drunk, though there are exceptions. For example, women who are used to drinking frequently may have higher tolerances than men who drink only rarely.

Weight: People with lower body weight are usually less tolerant to alcohol than those who have higher body weight. The lower the weight, the more quickly their bodies can absorb alcohol, and they will feel the effects much sooner.

Frequency of drinking: People who drink often develop higher alcohol tolerances than those who drink less frequently. Their bodies have been so used to the presence of alcohol, so they would need more drinks before getting intoxicated.

Sleep: Those who get a good night’s rest the night before drinking are more tolerant than those who lack sleep. Alcohol intensifies feelings of restlessness, so those who did not have enough sleep would experience this effect more.

Meal: People who have eaten a full meal before drinking are less likely to get drunk early than those who drink on an empty stomach. A full stomach means it will take time for the body to absorb alcohol. But on an empty stomach, alcohol is absorbed immediately, and its effects will be felt more quickly.

Metabolism: Some people can process alcohol faster in the liver, which means they can tolerate more drinks before intoxication sets in.

How would I know my tolerance for whiskey? 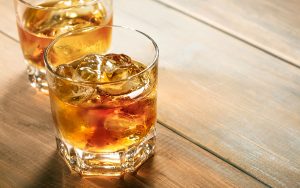 Unfortunately, there is no way to tell your tolerance level except by experience. When you drink, take note of how many shots of whiskey you have taken before feeling tipsy. Let’s say it’s 4 shots.

With that, you would know not to take more than 4 shots; otherwise, you risk getting drunk. As much as possible, avoid taking more than what you can tolerate, and don’t let peers pressure you into drinking more.

Can I drive after drinking whiskey?

As a rule of thumb, it is not a good idea to drive whenever you drink. After a few shots of whiskey, you may still feel sober, but don’t let that lure you into a false sense of safety. Some effects of alcohol may show up when you’re already on the road. If impaired vision and loss of consciousness hit you while driving, that’s an accident waiting to happen.

So if you feel dizzy or anything strange after drinking whiskey, it’s best to call a sober friend to drive you home. Drunk driving is never worth risking the lives of yourself and other people on the road.

How long does it take for alcohol to leave the body?

As a general rule, the liver can detoxify 1 fluid ounce of alcohol every hour. To know how long before all the alcohol you drank is cleared from your system, let’s do the math.

Suppose you drank 5 fluid ounces of typical whiskey (with 40% ABV). That means you have 2 fluid ounces of alcohol in your body. So, it will be 2 hours before all of that alcohol is out of your system. After that, you are legally allowed to drive already, but if you still do not feel your best, it’s a good idea to avoid driving for the time being.

Is there a way to enjoy whiskey while avoiding intoxication?

As an alcoholic beverage, whiskey will always have the potential to make you drunk. There are ways, though, to minimize the negative effects of alcohol. Here are some of them.